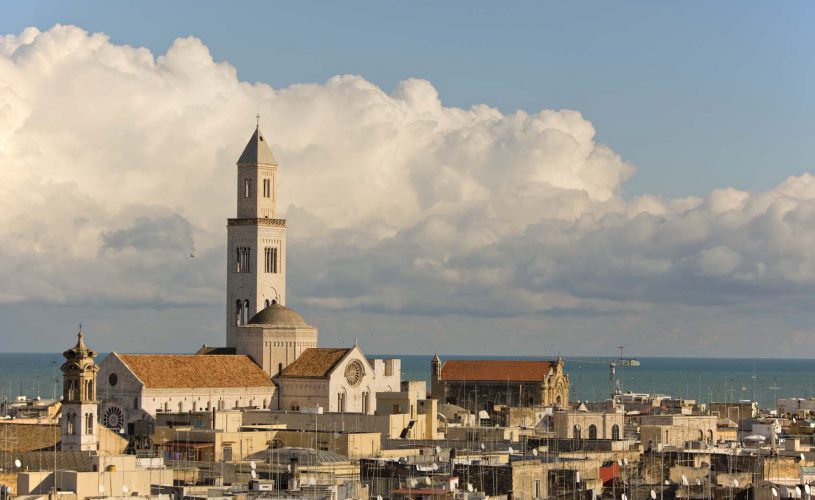 The Palace Hotel beats the crisis. And brings back 47 open-ended jobs. The good news came last night after the agreement signed with the trade unions whom Villa dell’Ombrellino, a company of La Cascina Group which since last June took over the management of the historical hotel in Bari, informed of its intention to cancel the job security agreement signed by the employees with the previous management. This provision was also adopted to “stimulate staff participation to the growth and promotion of the facility” and summarizes the nine months of the Palace Hotel’s new management. “We bet on quality and accepted the challenge to give Hotel Palace back to the people of Bari,” comments Riccardo Erbi, a board member of La Cascina Group.  “Today, after nine months of hard work, we can return the tranquillity to high level professionals that represent the added value of one of the city’s tourism reference points. We will continue to invest in Apulia and believe in the growth of a region that has a lot more to offer. This is not a point of arrival, but of departure.” Also the CEO of La Cascina Group, Mr. Salvatore Menolascina, expressed satisfaction: “a victory for the city of Bari, for Apulia, and for La Cascina Group, which, thanks to a clear strategy that places quality at the centre is ever more a point of reference for the growth of the areas in which it operates.”

By filling the form below, you will look out the window open over the events in our hotel and our main appointments in Bari and its surroundings.

This website uses cookies to improve your experience while you navigate through the website. Out of these, the cookies that are categorized as necessary are stored on your browser as they are essential for the working of basic functionalities of the website. We also use third-party cookies that help us analyze and understand how you use this website. These cookies will be stored in your browser only with your consent. You also have the option to opt-out of these cookies. But opting out of some of these cookies may affect your browsing experience.
Necessary Always Enabled
Necessary cookies are absolutely essential for the website to function properly. This category only includes cookies that ensures basic functionalities and security features of the website. These cookies do not store any personal information.
Non-necessary
Any cookies that may not be particularly necessary for the website to function and is used specifically to collect user personal data via analytics, ads, other embedded contents are termed as non-necessary cookies. It is mandatory to procure user consent prior to running these cookies on your website.
SAVE & ACCEPT